In the Jungle of the Unicorns 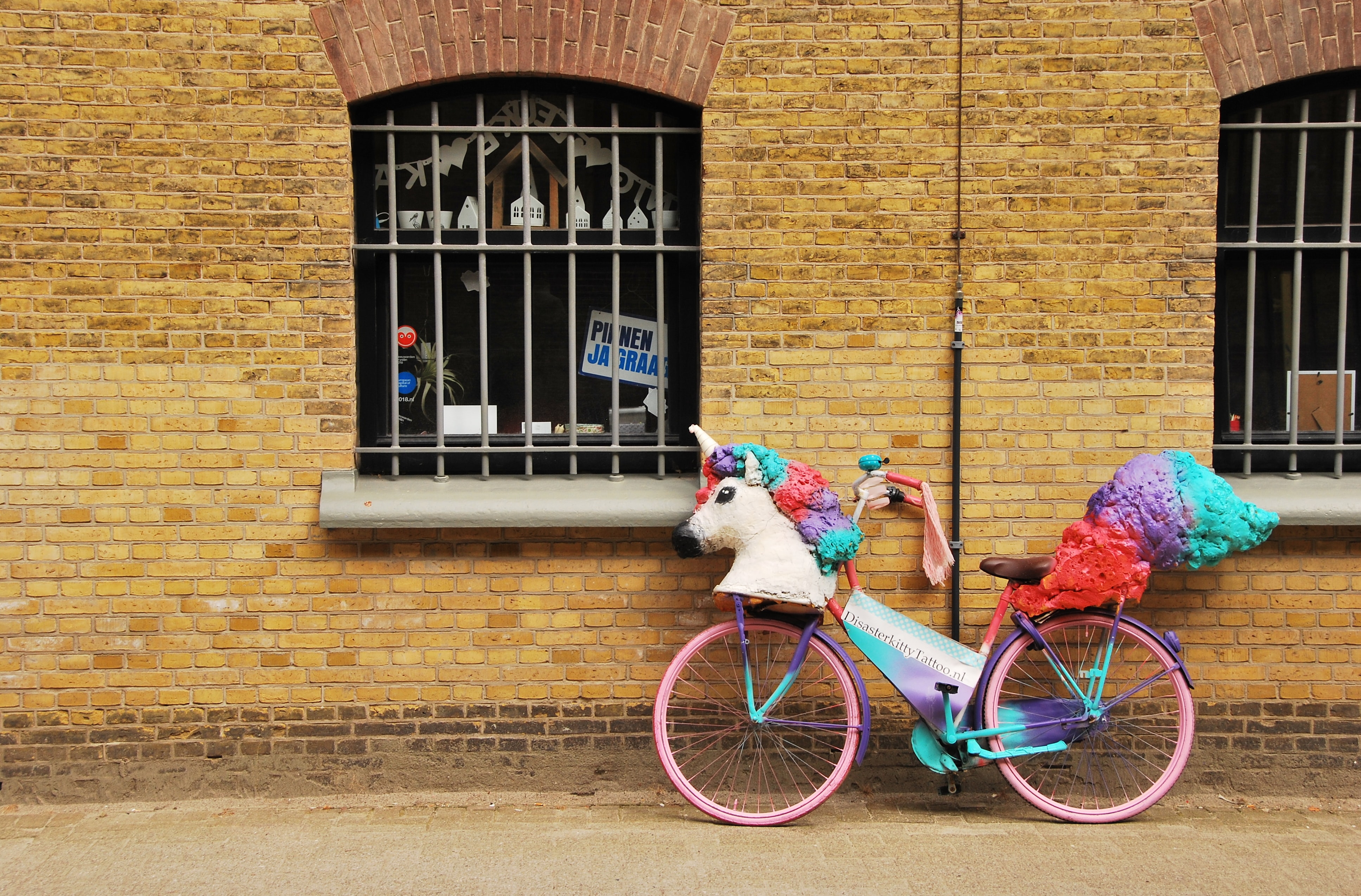 ‍The King of Startuplândia, Elon Bezos 3, began to see a strange movement: selected Families in his kingdom, possessors of the Unicorn Level rank of nobility, were falling apart, at a frightening rate!

Unable to get any objective answers from his general, Aileen Lee, he decided to contract an outsourced service to investigate the phenomenon in detail.

The distinguished Astella family, from the kingdom of Braziland, had always been interested in the dynamics of Startuplândia, so when they were called upon by Elon Bezos 3, they did not hesitate.

But due to the complexity of the study, they also recommended contracting the famous investigator, Dr. Ilya S. Holmes – of the Stanford U company – the world’s greatest authority on Unicorn Level nobility. Having formed their team, they began studies, debates, and brainstorms, irrigated by coffee, tea, wines or beers – depending on time and location.

At a certain moment, Dr. Holmes took the lead in the discussion:

My studies indicate that this rank of nobility has two fundamental failings when a family has reached it without having maturity on a level with its challenge!”

He was interrupted by an anxious Astellian:

“Before you go on, Mr. Holmes, I would like to make quite clear that we believe that the maturity of a Noble Family is intimately linked to the playbooks of its various machines: people, products, sales, processes and governance, as well as the traction necessary for each degree of maturation. And this last quality, we believe, derives from the ratio of two variables: the scale of its revenue compared to its marginal speed of growth. But let us discuss that subject later.”

“Very interesting, my dear Astellian” replied Dr. Holmes. “Now if I may proceed with my two points:”

“Let us take a simple example to explain the first point. Suppose that the Family has raised capital from 5 different investors, in 5 rounds, each with different contractual terms and conditions:

In each round there will have been a number of shares issued, each with its respective price per share and – I again emphasise – specific contractual terms and conditions.” (Note that Holmes speaks with English spelling.) “Therefore, it does not make sense for all the investors, when deriving the value of the Family as a whole, to calculate their valuations based on the price per share of Series D, since they do not have the same senior contractual terms and conditions of the Series D investors...

By my past calculations, I estimate that those Families we are studying are approximately 50% overvalued.”

At this, one experienced Astro-Astellian exclaimed, simply: “OMG!”

“Now let us go on to the second point”, resumed Holmes.

“If we move to the second level of reasoning, the heads of these Families should think long and deeply about the risks of these mismatched contractual terms and conditions, that is to say, when trying to justify a higher valuation than their maturity merits, for the subsequent stages.”

“Execution risks: When raising more money with these mismatched terms and conditions, heads of these Families should not forget that investors’ expectations for results will have increased in the same proportion as the larger scale of their cheques.” (Holmes is still speaking with English spelling) “even though their expectations for time of execution remain the same. In other words, the Family will have more funds, but they will have to do a great deal more in the same period of time – more revenue generation, more product development, more hiring, more ramping up of the team’s productivity, and so on.”

“Reputation risks: By committing to this higher level of performance, the leaders of the Noble Family expose themselves to the whole of the ecosystem under a much higher expectation. If they don’t succeed, they will find things a lot harder to explain after the journey, due to perception of the disproportionate quantity of capital they have wasted.”

Maintaining a measured tone, and occasionally puffing on his pipe, Holmes continued:

“Capital efficiency risks: When an immature system receives a disproportionate quantity of funds, naturally its processing of these funds will be inefficient. It is worth looking, my considerate listeners, at a chart that you guys from Astella produced in one of your past studies, which called my attention to this point: Look at the relationship between those who have achieved the noble rank of Unicorn, and the quantity of capital they raised to do so: As will be evident, the quantity of capital wasted is incredible!”

“Risks of recapitalization, or bankruptcy: If the plan of action does not work out, and the family finds itself having to raise a new round of capital in a more adverse market context, the probability of its failure and bankruptcy increases, simply due to the greater complexity of the capital structure – which has all these separate series with different terms and conditions.

Imagine having to convince all the investors, each with their respective terms and conditions, of a series of new, less demanding terms, and lower expectations – always assuming that there is still liquidity. We find an example of bankruptcy risk avoided, as it happens, in the Klarna family... but I would be surprised if this present crisis does not have at least one outstanding case of failure of a Family that has achieved the Noble Rank of Unicorn.”

Dr. Holmes took another puff on his pipe, and relaxed a little.

“In relation to these points I have mentioned, I have been impressed by two articles – should you wish to receive some inspiration from other investigators:”

A more junior Astro-Astellian took courage and piped up:

“This same type of reasoning also applies to families at earlier-stage funding rounds, I would imagine? – That sensation of safety that comes from raising a larger amount of money has a high cost, no?”

“These mismatched structures that underpin the Unicorn Level badge of Nobility remind me of the complicated pyramids of interlocking debt that some of our lesser brethren, who have never lived the charmed life of venture-capital financed startups, can find themselves in. What I mean is, to put it in a more measured fashion, that some of these families have leveraged to a degree that is aggressive compared to the maturity of their structures.”

He took a breath.

“I would go further,” Holmes continued. “I’m expecting these financial antics to diminish considerably during this current winter period that we are going through.”

When Elon Bezos received the report, he took off for a spiritual retreat in his spaceship, to have a good calm think about the findings.

Four days later, he came back, and issued a solemn decree to his subjects:

“These are new times!

– and with new times, we have new targets.

From now on, thinking of the health, capital efficiency, sustainability and longevity of the Families in our Kingdom, we now adopt, as a symbol of success:

So who earns this Seal?

The answer is: Those who can prove they have clear paths to generation of value, measured on the basis of Revenue/MRR, and/or GMV, and who also, incidentally, can report mythological annual billing of over USD 100 million.

I hereby recommend that the heads of our dearly beloved Families now readjust their plans of expansion based on this new suggested, er .. Edict ... er... Sense of direction. Thus I hope that together we will now progress toward (Elon speaks in American spelling) a more aligned journey for all of us.

At this point, Elon Bezos 3rd, in an Obama-like gesture, drops the mic and heads off smartly to his next meeting...

I would like to thank you all – those who have accompanied me thus far.

The above parody – this imagined dialog with overtones of Narnia, but designed to have the down-to-earth vibe of the famed Dr. Holmes – aims to underline the dangers for tech companies of raising capital in a way that is mismatched with their stage of maturity.

I would emphasize (I, as you can see, write in American spelling) that although not all unicorns will suffer this type of problem, few stakeholders that follow the venture capital market currently have a good grasp of these dynamics.

On our side, we are rooting for the market less frequently to validate such dangerous capital structures in the future.