Inequality in the Rio de Unicorns! 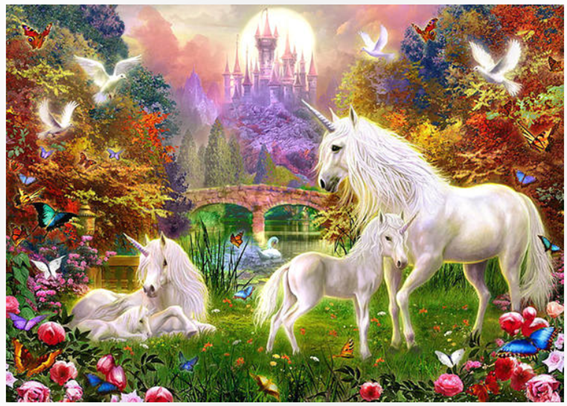 In the long-ago year of 1997, six families from different regions and tech fields met by chance in a flowery valley in the Kingdom of Startupland, known for its decentralized system of control. They decided to found a city and chose the name Rio de Unicorns in honor of the most beautiful city in the world, Rio de Janeiro.

Over time, the city grew due to the success of the families, enhancing the beauty of the place, and started attracting outsiders of all sorts. It's been a gold rush ever since-- a mess. Spontaneously and randomly, in contrast to the track record of decentralization, Startupland's king Elon Bezos III realized that he would have to establish a criterion to organize the migratory flow and, in 2013, asked his general Aileen Lee what to do. From the depths of her wisdom, she suggested that any family that wanted to live in Rio de Unicorns would have to have at least USD1Bn of post-money valuation reported in the kingdom's statistics center, Crunchbase PRO. This way, it would be able to maintain a threshold of quality to attract the world's elite, which will continue to develop based on the wealth and knowledge already generated over the years, in addition to being a successful reference for further studies.

Rio de Unicorns  continued to scale exponentially, attracting curiosity from other cities, kingdoms and even universes. One of these systems, the Kingdom of Tupiniquim, had a family called Astella Investimentos that, based on a variety of perspectives, science and art, and distinct areas of knowledge, decided to take a closer look at the data from Rio de Unicorns  to try to extract insights…

The unicorn concept arose from an unpretentious narrative, but it has generated a lot of discussion since then. One unexpected and positive effect was that the term became a reference for studies as a proxy for successful cases in the sector of venture capital. In formatting our base of analysis, our interest is in getting a better understanding of this phenomenon in order to detail its foundation and extract insights, such as best practices and base rates for our stakeholders. To this end, we have taken some steps to facilitate the initial debates:

Let's check out the data of the 967 startups found in Rio de Unicorns .

Cohorts: There are none; we simply use the data from each of the unicorns in the above graphic. Note that we do not list all 967 on the x-axis, but data from all of them were considered.

As happens in the venture capital sector at the level of regions, countries, cities and startups, the elite team itself has a power law distribution considering the pre-money valuation in the year it reached the status. This distribution persists for numerous other variables in the industry and is an important characteristic given the possibility of having dimensions that are invariant in terms of scales (that's why we have the same snapshots of the unicorns in the chart above, but in different sizes), thus being extremely useful in qualifying the growth of startups.

Cohorts: We grouped them by rounds of fundraising in which unicorns achieved the status. For example, in the chart above, 64 of the 967 startups managed to earn the Rio de Unicórnios stamp in the Series A round.

Rounds C, D and E account for 57% of the number of unicorns found and, surprisingly, 51% of the capital raised and Pre-Money valuation. In other words, it's as if there were a more “optimized” time to achieve the status during these rounds. After this stage, the process is not as efficient given the elite group's average and considering everything else equal.

3. Time to become an unicorn per year of foundation

Cohorts: We grouped them by year of foundation of startups. Example of the graph above: the median time of the 7 startups founded in 1998 was 19.90 to get the Rio de Unicorns  stamp.

The historical median for the entire base was 6.14 years of time taken to become an unicorn since the year of foundation. It's amazing how this time metric has dropped drastically since the first cohort of 1997: from 15 years to less than 1 year would be a drop of approximately 94%, that's 11.46% of the average annual composite drop! It's worth noting that the cohort with the most unicorns was in 2012: that year, 103 companies were founded with a median of 6.58 years to achieve the 'mythological' status.

Cohorts: We grouped them by year of foundation of startups. Example of the graph above: 7 startups founded in 1998 raised and reported, on average, US$346M to get the Rio de Unicorns  stamp.

In real terms (adjusted for U.S. inflation in the period), we have a stability of the capital raised to become an unicorn. We separated the columns by color to indicate best (green), normal (blue) and worst (red) cohorts in terms of how much capital was needed for status. This part is linked to our studies of principle #2 of Fundamentals: The Physics of Speed and Efficiency of Growth.

As we can attest to, there is a lot of inequality and dispersion even in the elite group. It was to be expected, given the level of uncertainty surrounding the venture capital sector. It is noteworthy that unicorn status serves as a proxy for success. We do not really know if they will make for good investments, for whom and when. From the philosophy that we work with at Astella, we seek to understand the matter of fundamentals in terms of revenue generated, unit economics, dilution, liquidity, contractual risks etc…, and not just a post-money valuation markup that can be derived from questionable principles. Therefore, we will continue the battle to unveil more secrets of the sector and its respective elite group, the families of Rio de Unicorns, through the transparent lens of data!