The decade of the Brazilian Storm 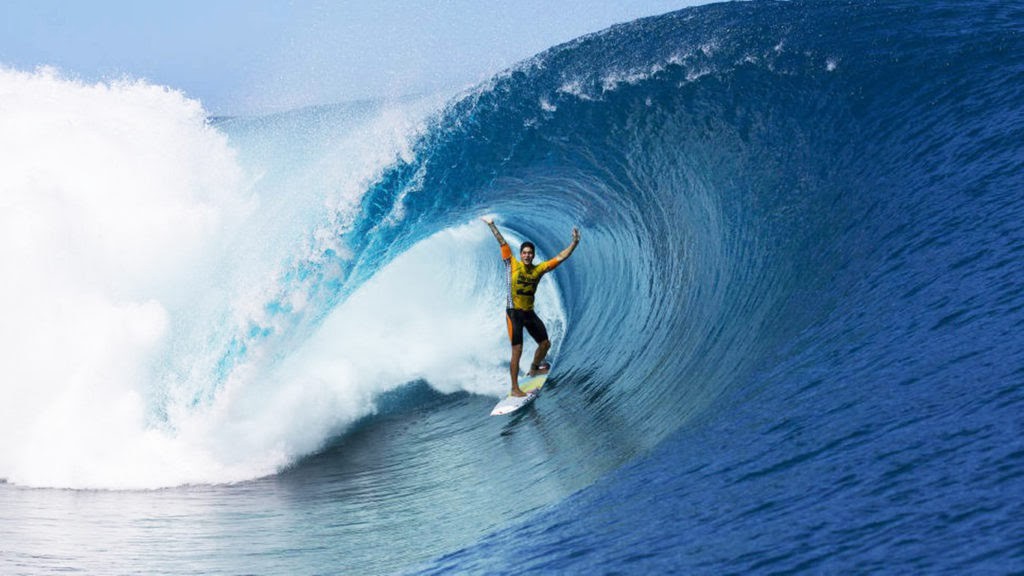 “There are unknown forces that don't want us to realize what we are truly capable of. They don't want us to know the things we suspect are extraordinary about ourselves are real. I believe that if everyone sees what just a few people become when they wholly embrace their gifts, others will awaken. Belief in oneself is contagious. We give each other permission to be superheroes.” Mr. Glass

I was in a pub in São Paulo celebrating the end of 2014 with my brother and friends, enjoying a pint of Guinness and listening to a cover band play The Killers, when suddenly the band stopped playing and all the screens started broadcasting some kind of surfing championship. Like several other people there at the time, my reaction was WTF??!!!

Overcome with rage, I looked at my brother, who always knows what's going on in the world, for an explanation. “It's this kid from Maresias. He's got a chance of winning the world surfing championship,” he said. The crowd started freaking out at the guy's maneuvers, and an hour later, it felt like I was celebrating the end of the 2002 World Cup. On the way home, I couldn't stop thinking about how I hadn't been aware of Medina and the entire movement he represented.

It's true that everyone today knows what startups are. They're all over the media. We're either consuming through them, working with them, wanting to work for them or dying to invest in them. But I still think most people are going to be shocked in the next few years, just as I was shocked by Medina, when they hear that these Brazilian startups are conquering the world.

What's the basis for my conviction that this is going to happen? From a Wilberian perspective, we are transcending two quadrants at the same time in Brazil: the profile of founders and business models.

The first significant transcendence is that SaaS, Marketplace and D2C — the most prevalent business models in Brazil — are dying as we know them. SaaS startups are increasingly attracted to the PLG model — which is nothing more than an approximation of the D2C model, and in addition, they increasingly seek to appropriate the transactions that are adjacent to their offers (fintech, ecommerce, etc.) — which is nothing more than an approximation to the marketplace model.

The Platforms, or marketplaces, more than intermediating transactions, seek to offer SaaS to their customers to increase the sustainability of their business and, in addition, these companies are expanding in the production chain, offering end-to-end service similarly to physical consumer products companies. And D2C startups are increasingly seeking to “saassify” their relationship in order to create a systemic recurrence with consumers, who, after more than a decade of using SaaS at work, are looking for the same type of tools for their personal needs.

Perhaps the best translation for this movement is the concept of Market Networks, created by the NFX team, which is precisely the combination of these three dimensions: SaaS (software) + Marketplace (transaction) + Consumption (social). This combination favors the best that technology can provide: a lower CAC — thanks to the dynamics of the generation and conversion of demand typical of consumer companies; a higher LTV — thanks to software that systematizes the relationship, increasing the margin and longevity; a lower CAPEX — thanks to the breakdown of the production chain; and the possibility of the long-awaited Network Effect— the Holy Grail for those who seek to build huge things efficiently.

The profusion and professionalism of SaaS teams in Brazil has created a pool of talent and knowledge that is unrivaled in the world. Usually led by engineers, these types have developed the most cutting-edge features in building a scaleup: product management + growth hacking + customer success. Marketplace teams have already learned to balance the two or more sides. And consumer teams have learned to deal with the idiosyncrasies of social media. These talents and their knowledge circulate in different types of startups and will transform the next decade.

The second significant transcendence is the incredible professionalization of the founders operating in Brazil. It's as if, in less than a decade, we went from being players in the B Series of the Brazilian league to players in the UEFA Cup: David Velez, Paulo Veras, Mariano de Faria, Gabriel Braga, Cesar Carvalho, Eric Santos, Florian Hagenbuch, Marcelo Lombardo, Fabricio Bloise, Sergio Furio, Daniel Wjuniski and Alphonse Voigt, to name just a few, are world-class stars.

Alongside them, we have a few dozen athletes who are now embarking on their 2nd or 3rd journeys, even better prepared with extremely qualified teams. The ambition of these athletes is even greater than that of the previous generation, given that several Brazilian startups have already conquered the world. These athletes are training new athletes who are even more competent for their teams and these crews will soon irrigate the market with new opportunities.

More than technology, these super-founders are causing a behavioral change in the business world equivalent to the one caused by Beto Sicupira, Marcel Telles and Jorge Paulo Lemann in past decades. But while the others spread a unique way of running great companies, these guys are teaching us how to create great products and amazing companies.

The quality is greater, but so is the competition. What was once good talent, a good opportunity, a good business model, a good pitch, good traction last year, is not what it used to be. This is the beginning of any J Curve. The tube is going to be enormous.