The Red Queen and the Super-Founders' Dilemma 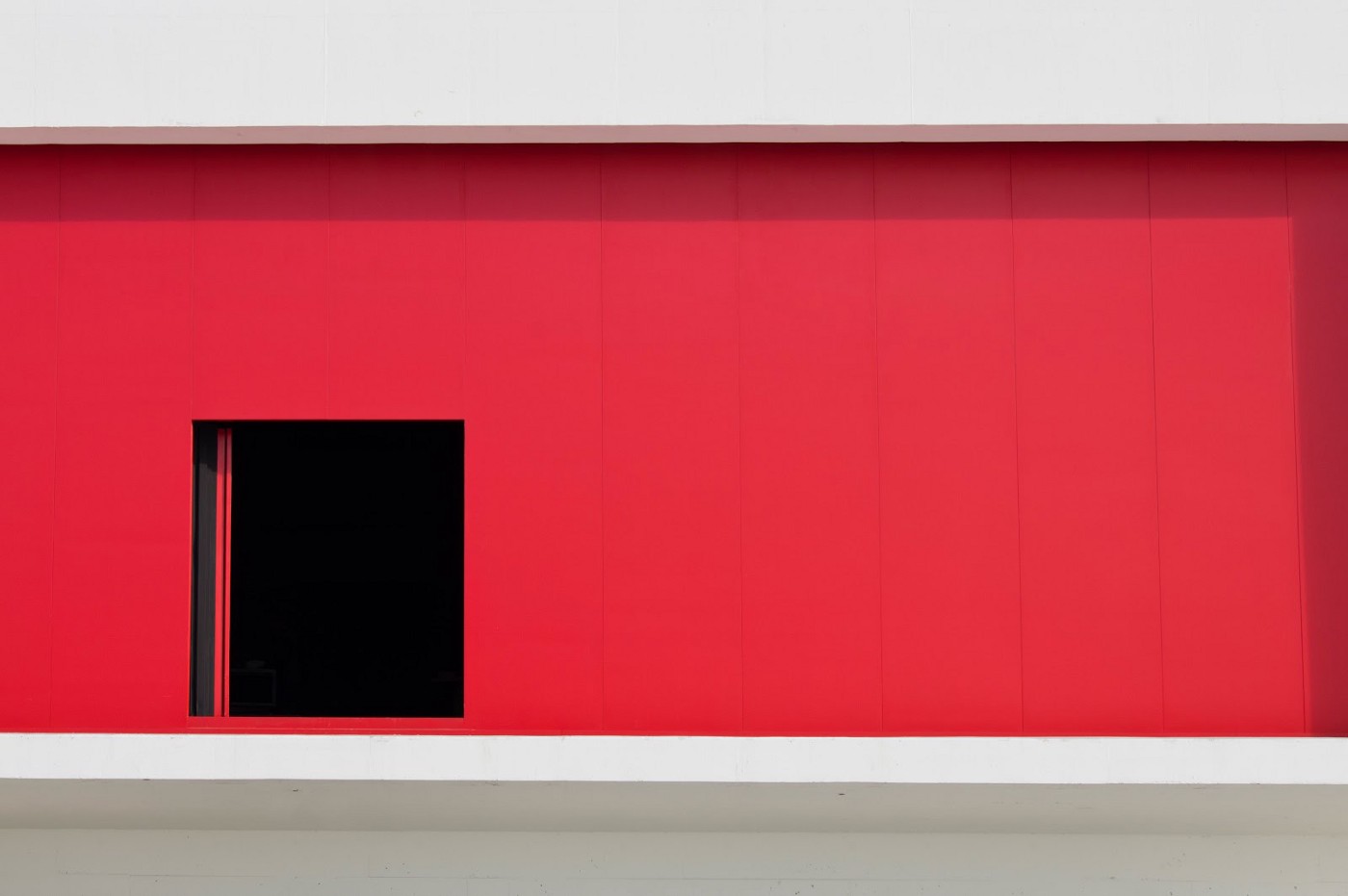 Photo by Juan Gomez on Unsplash

The Red Queen is a fictional character from a book by Lewis Carroll (author of Alice in Wonderland) called “Through the Looking-Glass”. In the story, Alice notices that, no matter how fast she runs, she is still unable to move.

Seeing the girl tired and frustrated, the Red Queen explains to Alice that, in that world, you have to run as fast as you can to stay in the same place and that, if she really wanted to get anywhere, she would have to run twice as fast.

The moral of this story, which became known as The Red Queen Effect, is that we should not become complacent or else we'll fall behind. To survive in an increasingly competitive market, it is necessary to run even further and evolve faster than the system in which we operate.

There’s no use applying more brute force. You have to be more and more intelligent!

We are experiencing a very special moment in the world, and in Brazil in particular: never has it been so cheap to venture the entrepreneurial route  and never have there been so many entrepreneurs attacking all sectors of the economy at the same time. This means that we are now solving and going to solve the main problems that afflict humanity.

Such a competitive environment fostered the development and maturation of techniques for creating companies that allow startups to achieve a scale of business that would take decades in the past. Today, the best startups need five years to go from $1M to $100M in revenue. And this speed is increasing every year.

This maturation puts more and more pressure on entrepreneurs, who, in addition to doubling their companies every year, have to run increasingly faster. These “Super Founders” are left with two alternatives: raising more and more money (brute force) or learning to use money in increasingly better ways (intelligence). If it is possible to do more with less, thus generating a better return for investors and less dilution for the entrepreneur, why not do so?

The Intelligence of Growth

This acceleration in the speed and efficiency of company growth is due to a change in paradigms in the five main gears of a business:

By studying the growth archetype of these fast and efficient companies, it is possible to distill a series of principles that guide how Super-Founders are improving their existing businesses or how they act when embarking on their second or third journeys.

The first principle that emerges from these success stories is a dynamic of sequential growth. This term was first used by Marc Benioff of Salesforce to describe the growth strategy in stages or blocks: one geography at a time, one sales dynamic at a time, one product at a time. This dynamic allows for operational improvement and the creation of competitive advantages through specialization, so-called strategic reinforcement that iconic companies build throughout their journey towards global dominance. It's as if the company were becoming a master on a subject every year or two, rather than trying to be good at everything all at once (for example, attempting to be omnichannel right at the start). We believe that for each stage it takes US$10M in revenue to consider a mature block.

The second principle that seems to be present in all these cases is the lightness and simplicity of the stem cell of growth, the product-market-fit (PMF). This stem-cell or growth unit, as we prefer to call it, is the epitome of focus and the whole secret that this team carries with it. As we pointed out in On our way to conquering the Universe, this unit is composed of 1 persona, 1 product, 1 lead source and 1 sales mode. When I have a focused persona, it's possible to build the simplest and cheapest product possible that delivers the value that this persona is willing to pay. Based on a persona, it is possible to develop a specific and efficient lead generation strategy. And out of this trilogy it is possible to develop only one specific sales mode. With no squandering of product, leads and sales, you have a unit of efficiency. The greater the focus, the lighter and more efficient the growth at all stages of the journey. Focus eliminates the endless discussions about product evolution, sales channels, attendance and organizational growth. The lighter, the better.

Based on these two principles, we can portion the journey from $1M to $100M into ten blocks of $10M. Using Table 1 as an example, it would take four years for the startup to mature its first growth unit, while developing new growth units would mature in years five, six and seven. It's as if this company needed the first two years of its life to achieve PMF, another two to mature, and was looking for nine more PMFs over time. In High Output Management, Andy Grove says that a leader needs to master two types of management: managing tasks that involve trial and error (creation) and those that are repetitive (operations). For Super-Founders, this means they must increasingly specialize in the PMF processes and the Revenue Ops processes that escalate their PMFs.

The third principle that emerges is that of evolution in adjacencies. Whether by spontaneous virality or by an architecture planned by the Super-Founder, the company grows from the growth unit in light factorial combinations of the original theme, as we can see:

This archetype applies to all major business models (SaaS, Consumer Transactions and Marketplaces), which are actually variations of the four main marketing & sales modes: no-touch (self-service or PLG),low-touch (inside sales), high-touch (field sales) or other-people-touch (VAR or franchisees). This is our fourth principle: out of these four sales modes, it is possible to build and scale any type of business.

Hence the fifth principle which indicates that all these marketing & sales modes are a function of the productivity of the people who perform this work, and that therefore we can systematize and scale sales teams into production units. The term POD became a popular way to describe these production units, based on the SaaS methodology of Winning by Design, but it is analogous to tech squads, and applies to B2B, B2C and marketplaces in the same way: it is possible to quantify how many marketers, programmers, designers, BDRs, SDRs, vendors or whatever it takes to generate a lead, nurture a lead, and close the sale. Based on the cost and productivity of a POD, the ramp-up time for a new POD and the churn of people, we can extrapolate how much money and what capacity is needed to do what really generates business growth: hiring and developing people.

The assembly of the production unit requires the suitability of the value delivered or planned by the perfect product (product-fit) to the sales mode. This suitability, our sixth principle, is what we call channel-fit. Each sales mode is economically related to a certain price range. In other words, products with prices up to R$100 are linked to a no-touch mode (self-service), while purchases between R$300 and R$1,500 are linked to low-touch modes (telephone), purchases above R$2,000 are related to high-touch modes (face-to-face sales), and finally prices not covered by these modes fall on resellers (other-people-touch). This is due to the human cognitive bias present in the purchase process (the more expensive it is, the more I want a human in the process) and the human cost involved in each of these modes. In other words, it is essential that the product addresses only one price range. Each and every product belongs to a consumption category and consequently belongs to a price category.

But these people could only be productive if the Super-Founder developed the seventh principle, which is that of proprietary and unlimited generation of leads. No productive operation can function without the guarantee of cheap and unlimited raw materials. This is the only concrete competitive advantage that can be built starting with a startup's first day of operations: a proprietary distribution channel; I can use it, but I don't depend on Google, Facebook, Instagram, TikTok or what have you. For iconic companies, even at scale, 80% of lead generation comes from a proprietary source, generally the first source that characterized the formation of this company!

From a proprietary lead generation, which fosters a productive sales unit, which forms a growth unit, the Super-Founder then has control and command over its growth, simply by mastering the eighth principle, which is the efficient allocation of capital. Google popularized the 80/20 model of allocating time and resources, which is the heart of any growth hacking program: we allocate 80% of our time and resources to what we know how to do well and 20% to trying to learn new things, which, when they work, incorporate the arsenal of investments from the 80%, and on it goes. Thus, our archetype in Table 3 shows that the ideal is to dedicate 100% of the resources in the first years to focusing on PMF and, based on this achievement, 20% of the resources are allocated to new PMFs that will allow the company to grow. We can say that the Super Founder should allocate resources as a fund from the VC within his or her own company. In other words, from Series A on, it would be ideal to place Pre-seeds bets on some possible PMF adjacencies, which, if they worked out, would receive a Seed, and so on.

This allocation only achieves its maximum efficiency if the Super-Founder knows how to generate a unit of growth as fast as possible (PMF) and if this unit has the lowest possible dispersion, so that the operation is as replicable as possible. In other words, our ninth principle is courage of focus. Why courage? Because cognitively we weren't designed for focus. Focus increases the chance of us dying, as we might miss the mark and not have the time or money to try again. But without focus, it is very difficult to scale and certainly almost impossible to scale efficiently.

To defeat the Red Queen Effect, you need a lot of courage and intelligence or a lot of money. It's a question of choice.

“Would you tell me, please, which way I ought to go from here?”

“That depends a good deal on where you want to get to,” said the Cat.

“Then it doesn't matter which way you go,” said the Cat.

“-- so long as I get SOMEWHERE,” Alice added as an explanation.